The McKenzie family have been breeding Droughtmaster cattle for 50 years. Through the stud’s strategic acquisition and selective breeding program, Yaralla Droughtmasters are committed to producing quality bulls with an emphasis on fertility and temperament.

Yaralla Droughtmasters are proven converters in grassfed and feedlot operations resulting in Grand Champion Pen & Most Successful Exhibitor in Beef Australia 2003, 2006, 2012, 2015 and 2018.

In 2017 Yaralla became the overall winner of the RNA Paddock to Palate, Class 37.

Our operation is run by Ken and Kerry McKenzie and their sons Darcy and Thomas on three properties Pearl Creek, Yaralla and Brumby in central Queensland.

Pearl Creek is the heart of our operation where predominately all our stud and commercial breeders are run. All weaner Bulls and steer progeny are transferred to Yaralla which is a 9600 acre brigalow block in the Blackwater district. Brumby is a 2500 acre brigalow block which runs 260 commercial Droughtmaster females where we run with Simmental bulls and all offspring are sold directly off mum.

It has been a focus at Yaralla in the past and will be into the future to have no tail in our female herd. This is hard to achieve but we believe strength and depth in your female herd is essential to the growth of the Yaralla Droughtmaster Stud. 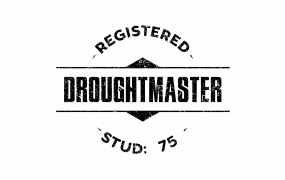 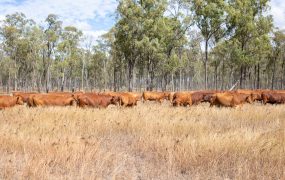 Turning the no. 1 heifers back to their paddock.  Click on the link for the ...